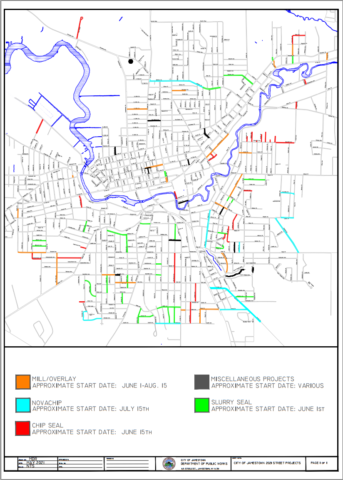 The City of Jamestown has announced its annual Streets Program today, with work starting ____. Thanks to increased New York State aid, several projects could be added to the list as the season progresses, depending on greater funding availability, as well as weather. Projects are planned to be completed by the end of the summer-fall season, depending on the weather, the flow of public funding, contractor availability and the changing price of materials.